Years ago I got onto EBC 2000 series "Greenstuff" pads for the Disco2 (with EBC slot/dimple rotors) and they were the best brakes I've ever had in the Disco, they were that good.

Since then I've been running Bendix/Dba slot rotors and they have been good and never failed me (unlike the EBC 6000 series which are the only pads I've ever overheated), but not nearly a 2000 series "greenstuff" pad.

Recently I've had sent from the UK a set of the EBC "Yellowstuff" pads which are available in the UK for Disco2's. These should be a higher performance level than any of the Greenstuff pads and they claim a much higher friction coefficient.

Tonight I installed them - EBC Yellowstuff pads with what appears to be a new design Dba slotted rotors front and rear.

Its been a long time since I've thought the Disco2 has good brakes, and I think for the first time ever I've been able to slam on the brakes on dry bitumen and set off the ABS with 285/75-16 tyres (manufacturer claims 30% better braking over standard- it wouldn't surprise me if it is).

I haven't really tested the brakes out, and I don't yet know how long they will last or how much dust they will make, but if you want a brake setup that really stops...... this is it! 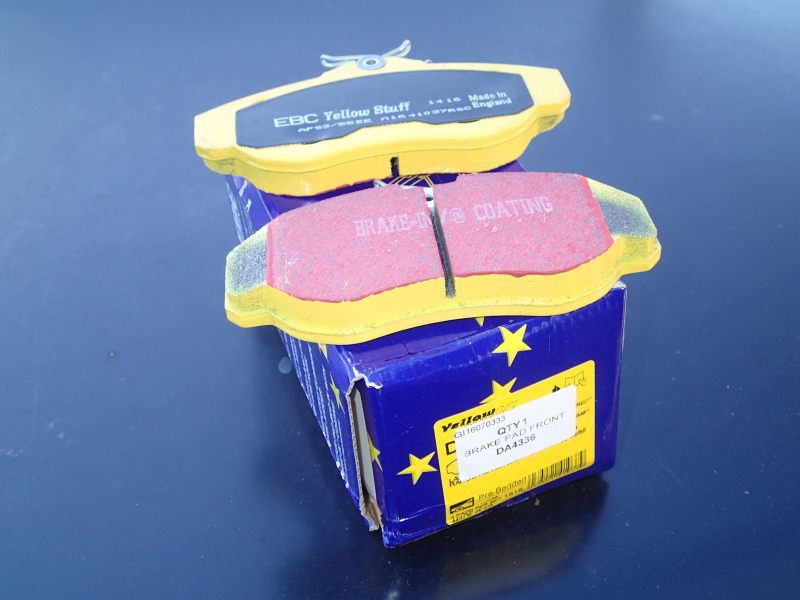 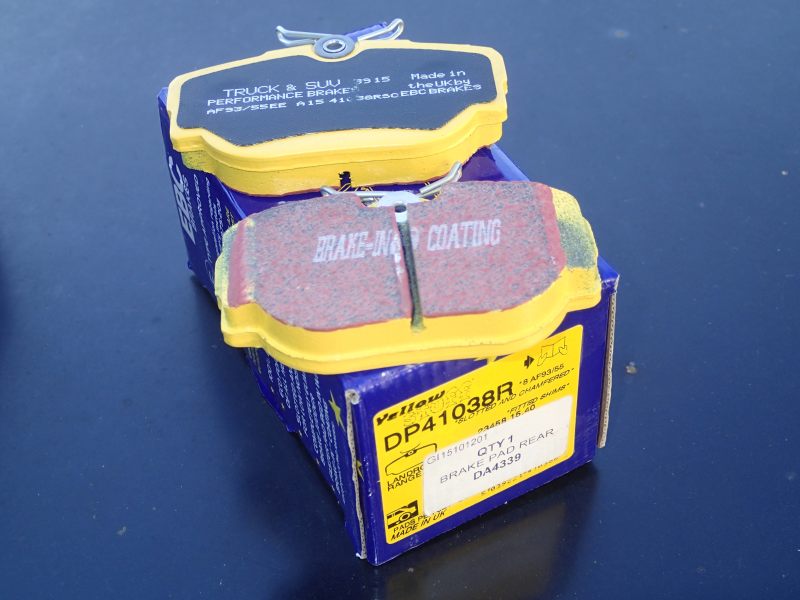 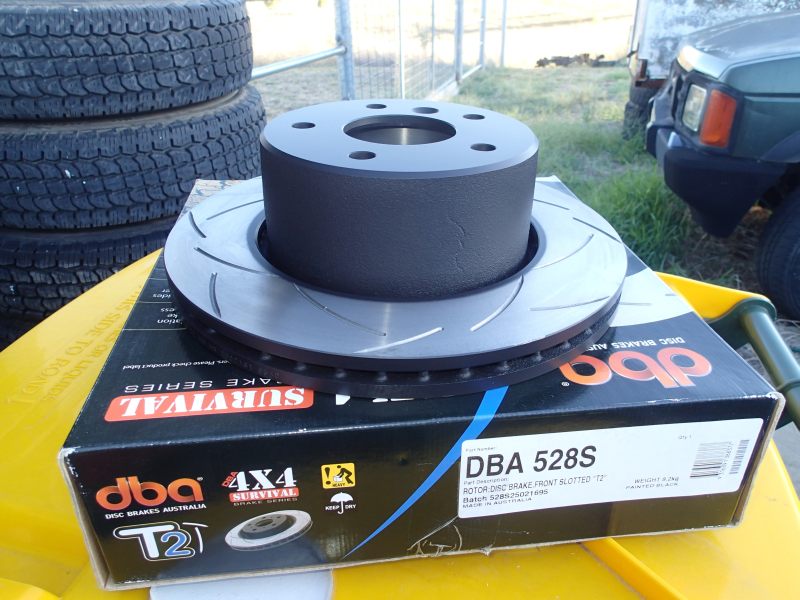 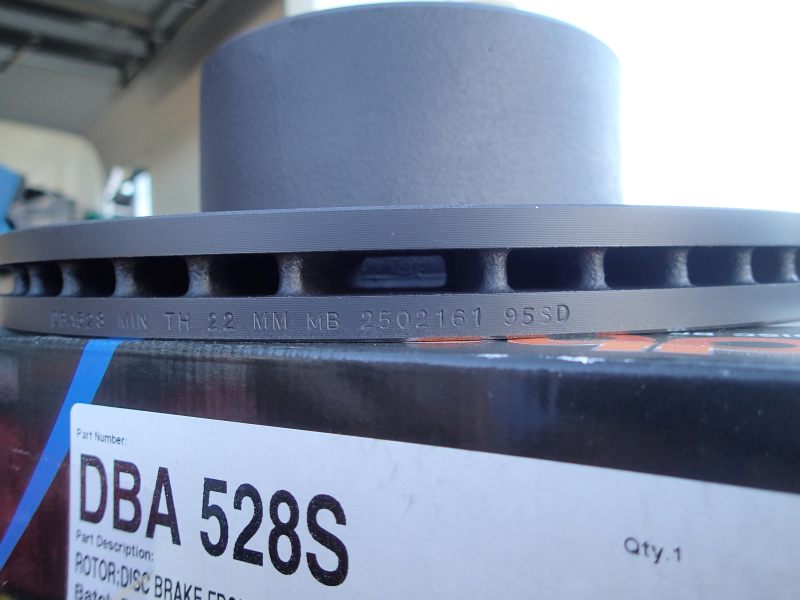 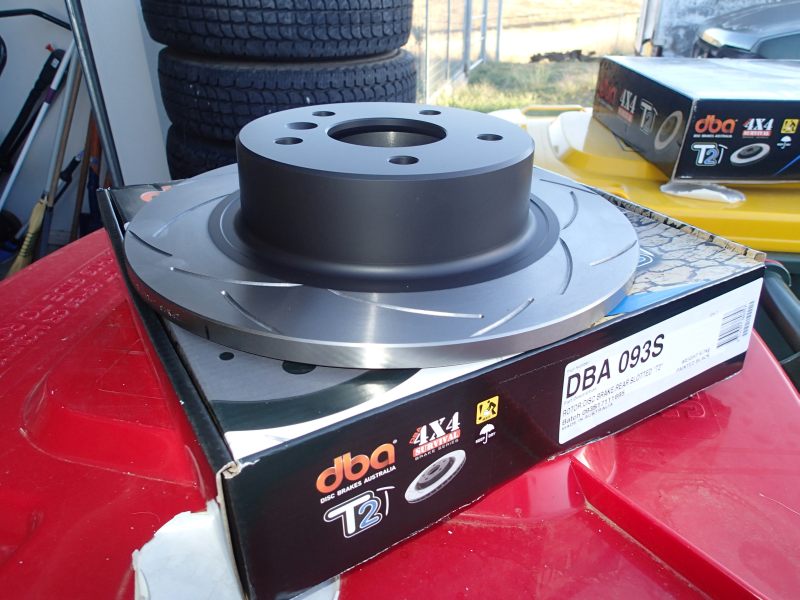 Interesting to see the development of the Dba slot pattern. Note how smooth the Dba rotors still are. 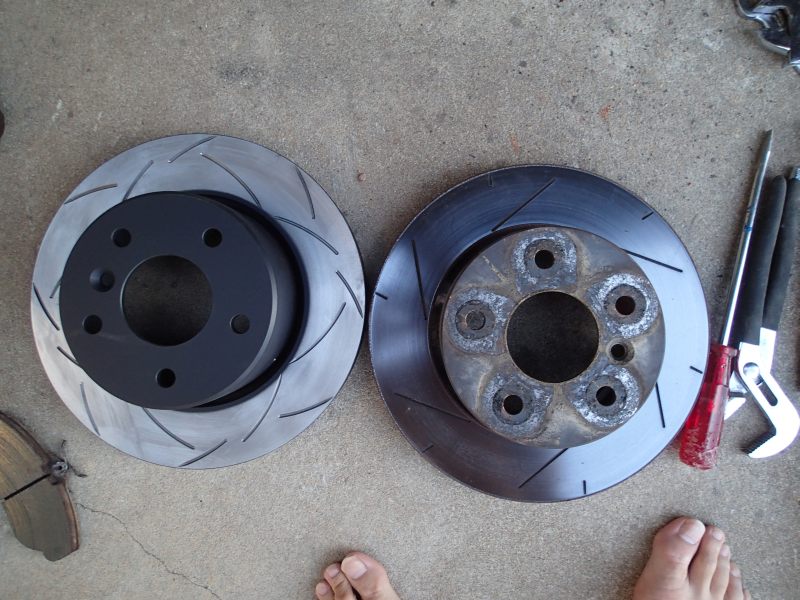 EBC Yellowstuff pads and Dba slotted rotors fitted to the front. Great looking assembly, perfect for those with 18" rims. 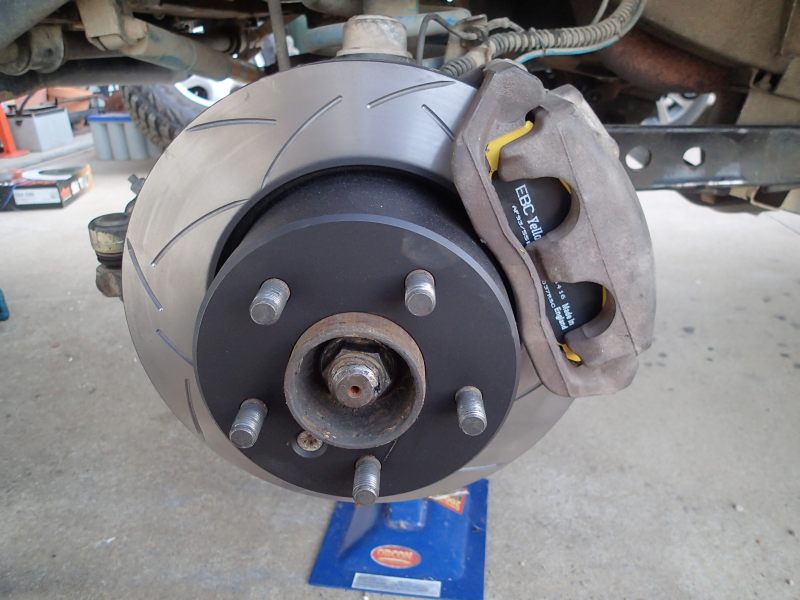 The difference in quality. These LandRover rotors on the other hand have worn badly, and are full of grooves. The surface was very uneven and unlike the almost ground appearance of the worn Dba rotors. 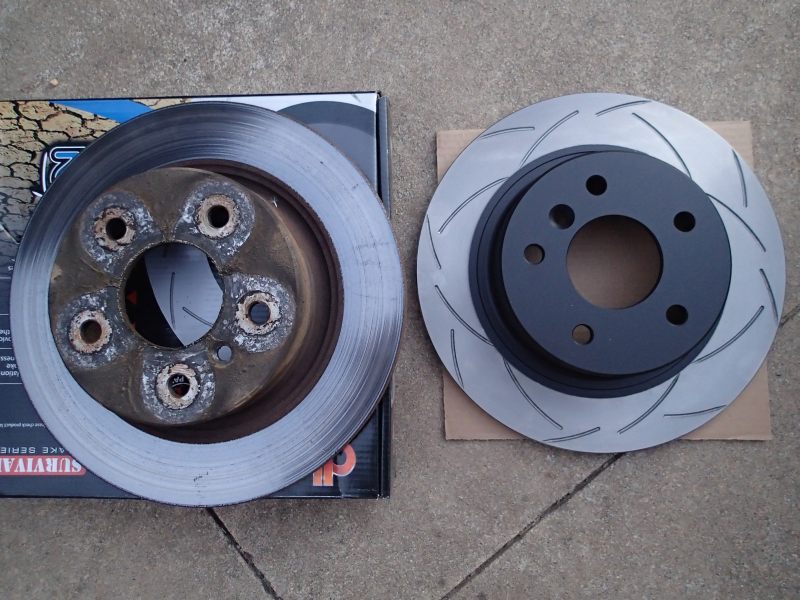 Fitted rear pads and rotors, again great looking for those with 18" rims. 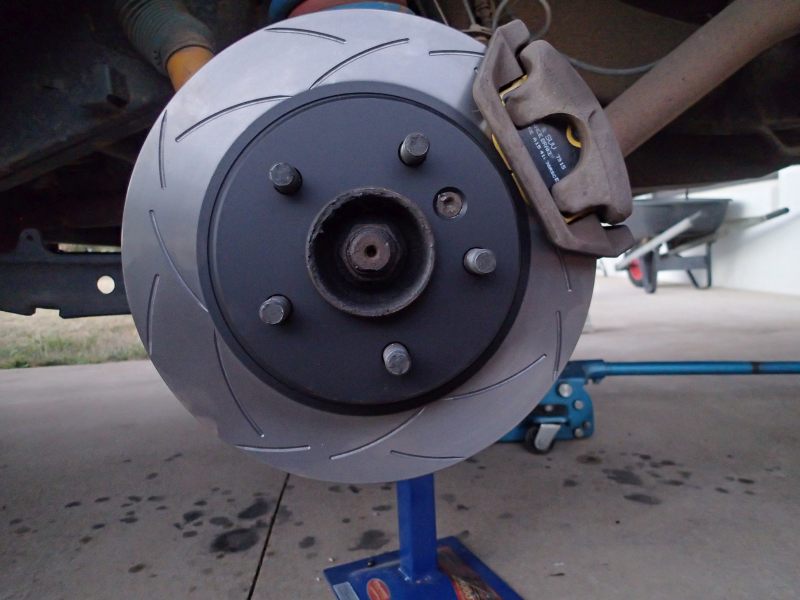