I'm not sure what others are doing, but my Sunday driving seemed to be increasingly destroying the rubber tailshaft coupling in the rear of the Disco. It seems to be susceptable to high energy jolt forces, especially with oversized bog tyres. The failed rotoflex looks like the one below instead of its usual regular shape 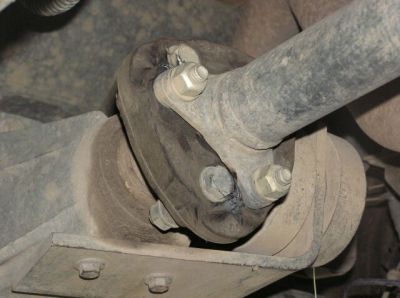 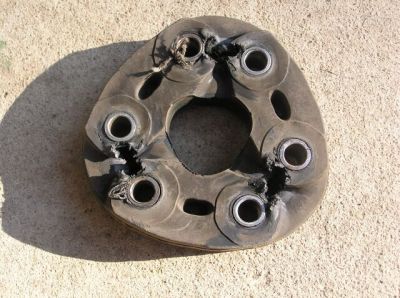 This one was done with some boot in low range whilst airborne.

The following are the parts required from a donor Landy, this one being from the rear of an early Discovery. Note that the 24 spline flange and spacer is required to do the conversion, as some early Landies had the 10 spline pinions. 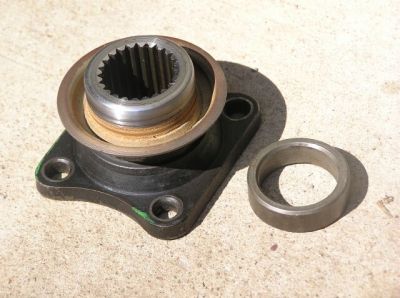 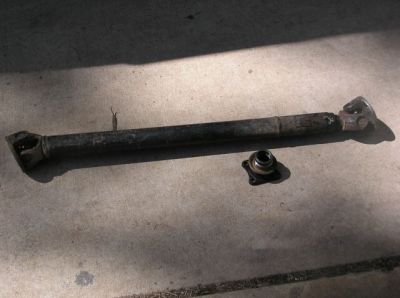 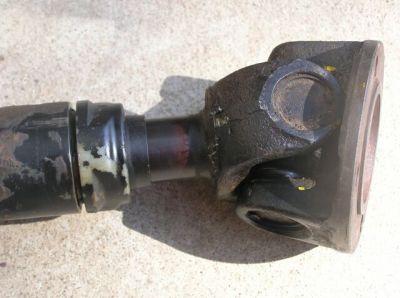 Once the original tailshaft is out, you should be left with the 3 bolt pinion flange and centralising peg left to remove off the pinion. These will all be coming off. The flange may appear to be one piece, though the centre must be removed with sheer force to release the bolt on the end of the pinion. 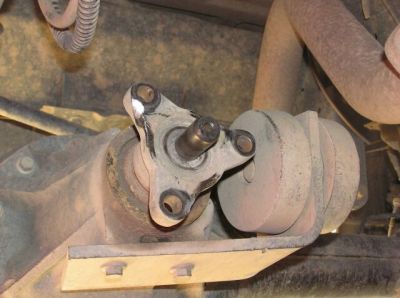 A photo essay of my brutal efforts at removing the centralising peg from the pinion flange: 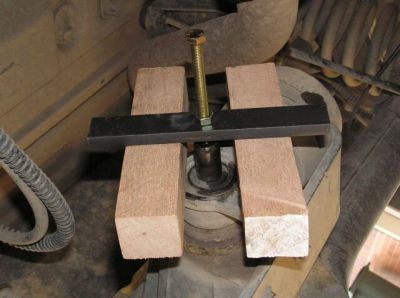 ... and now the little bugger is out after an angle grinder massage! 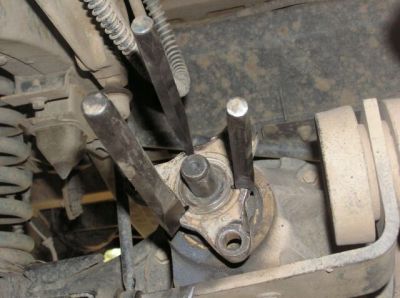 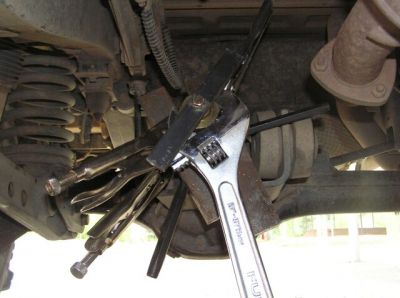 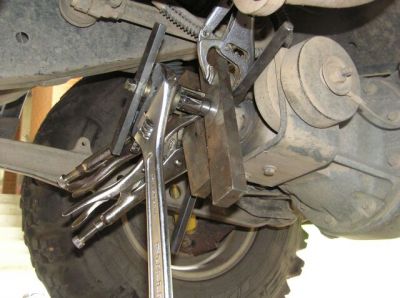 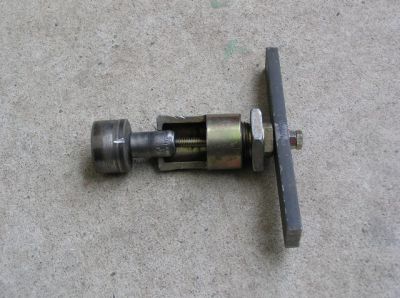 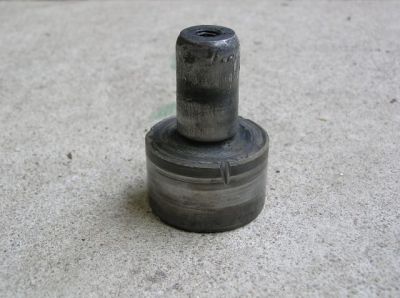 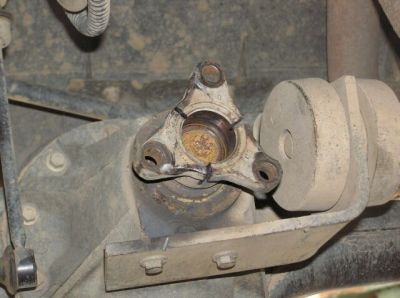 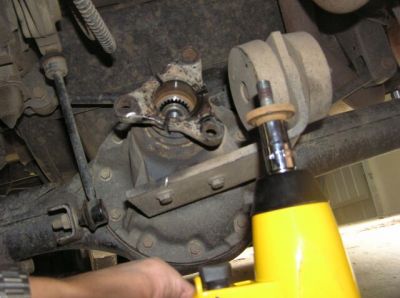 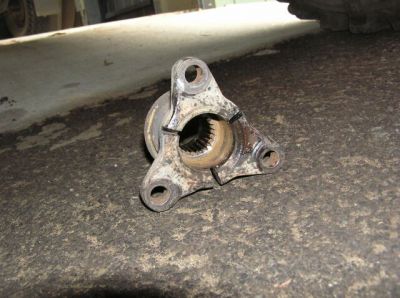 The pinion nut is done up FT, which I guess means fairly tight, enough to feel a socket, breaker bar and extension flex. A rattle gun makes light work of it though. 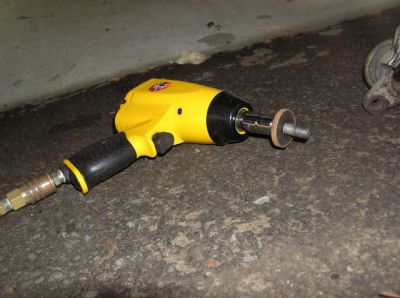 With the end of the pinion sticking out, the replacement spacer is dropped in, never to be seen again. 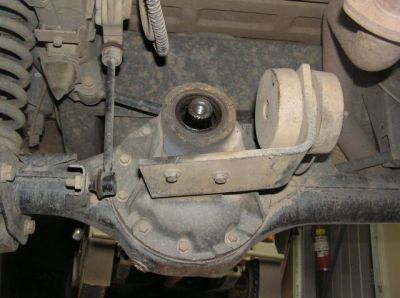 Interestingly, when the developed the pinion flanges they changed from manufacturing this as a 2 piece set (flange + spacer) to a single unit. 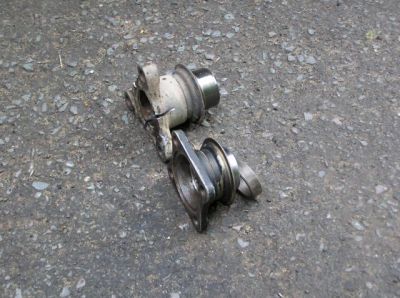 From here, the pinion flange goes on the pinion after the spacer, the pinion bolt goes back and is rattled tight with a bit of loctite to prevent loosening. The replacement CV->CV tailshaft then gets installed and the bolts tightened up. 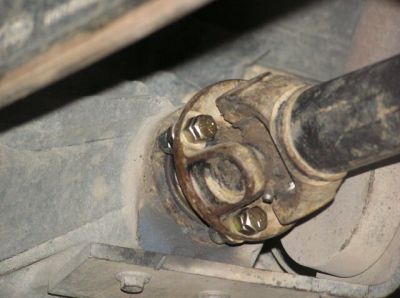 Something I have just found out, is that the pinion flanges can come in differing bolt patterns. Check that your parts will fit!